"Zest is a fantastic place, full of fun and laughter for everyone who attends"

One family who use Zest’s services is the Docker family, from Rendlesham in Suffolk, whose 19-year-old son George regularly enjoys Zest’s care and opportunities.

“It fills a huge void in the care of young people with life-limiting illnesses who have nowhere else to go,” explained George’s mum Andrea Docker.

“Zest is a fantastic place, full of fun and laughter for everyone who attends. Friendship and support is a major part of what makes Zest so special.”

Despite being discharged by hospital after being born, George’s family felt there was something not quite right about his health and while still very young, on a family holiday in Suffolk, George was admitted to hospital with severe jaundice.

Andrea said: “We felt there was something wrong with George and asked for a second opinion and over the next few years, George spent periods of time in hospital for procedures. When he was three-years-old we were referred to Martin House Children’s Hospice, until we moved to Suffolk in 2006.”

Throughout his life he has developed ongoing problems including epilepsy, lower motor neurone, neuro-muscular disease, scoliosis, kyphosis, keratoconus and cardiomyopathy.

“Even now George’s condition is undiagnosed but it is possible that it is a genetic disorder,” added Andrea.

“As a family we have faced many challenges, George’s health is very unpredictable and he can go downhill quickly but George is a huge part of our family and we face these challenges together.” 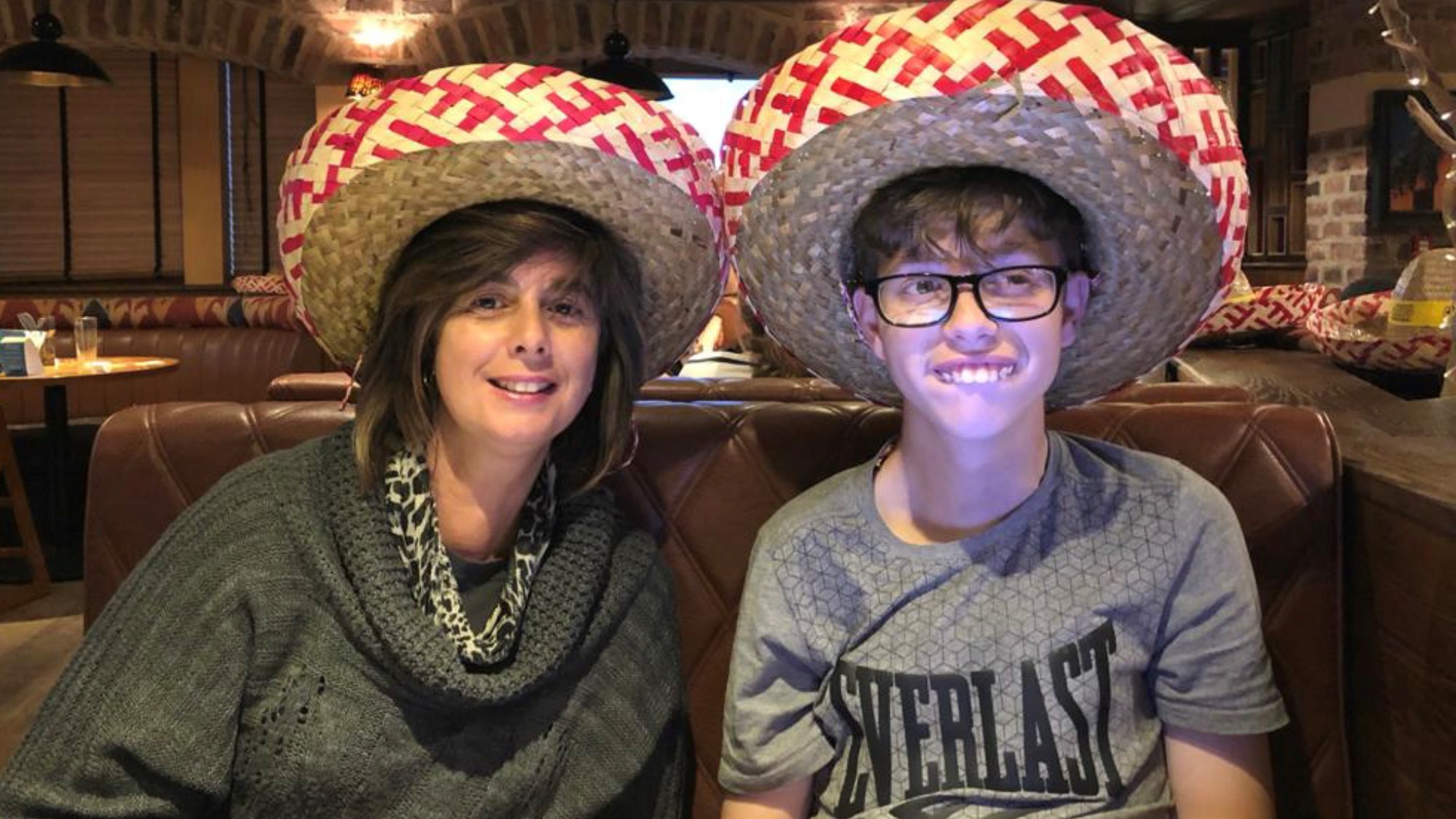 (Pictured above) Mother Andrea and her son, George who attends Zest 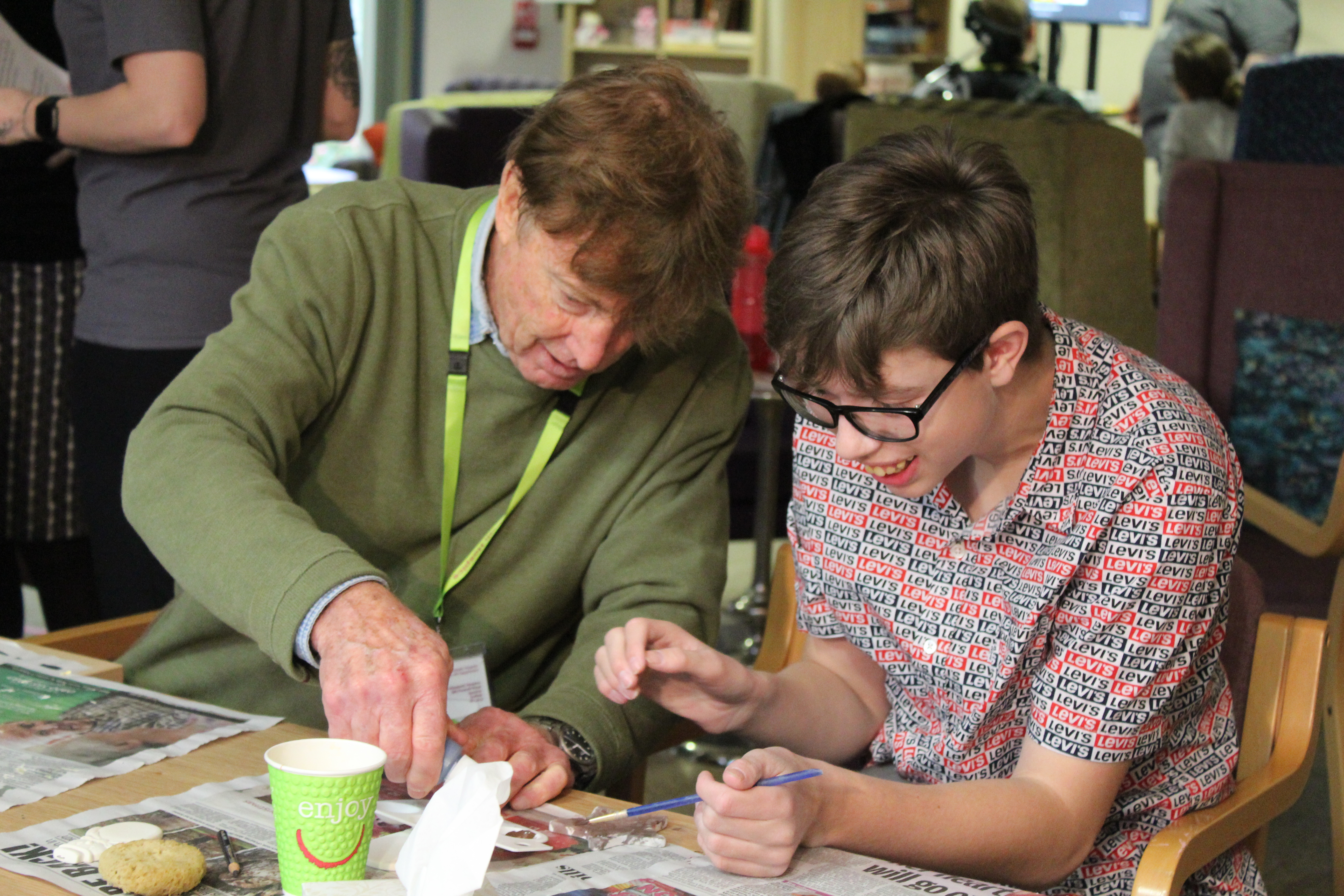 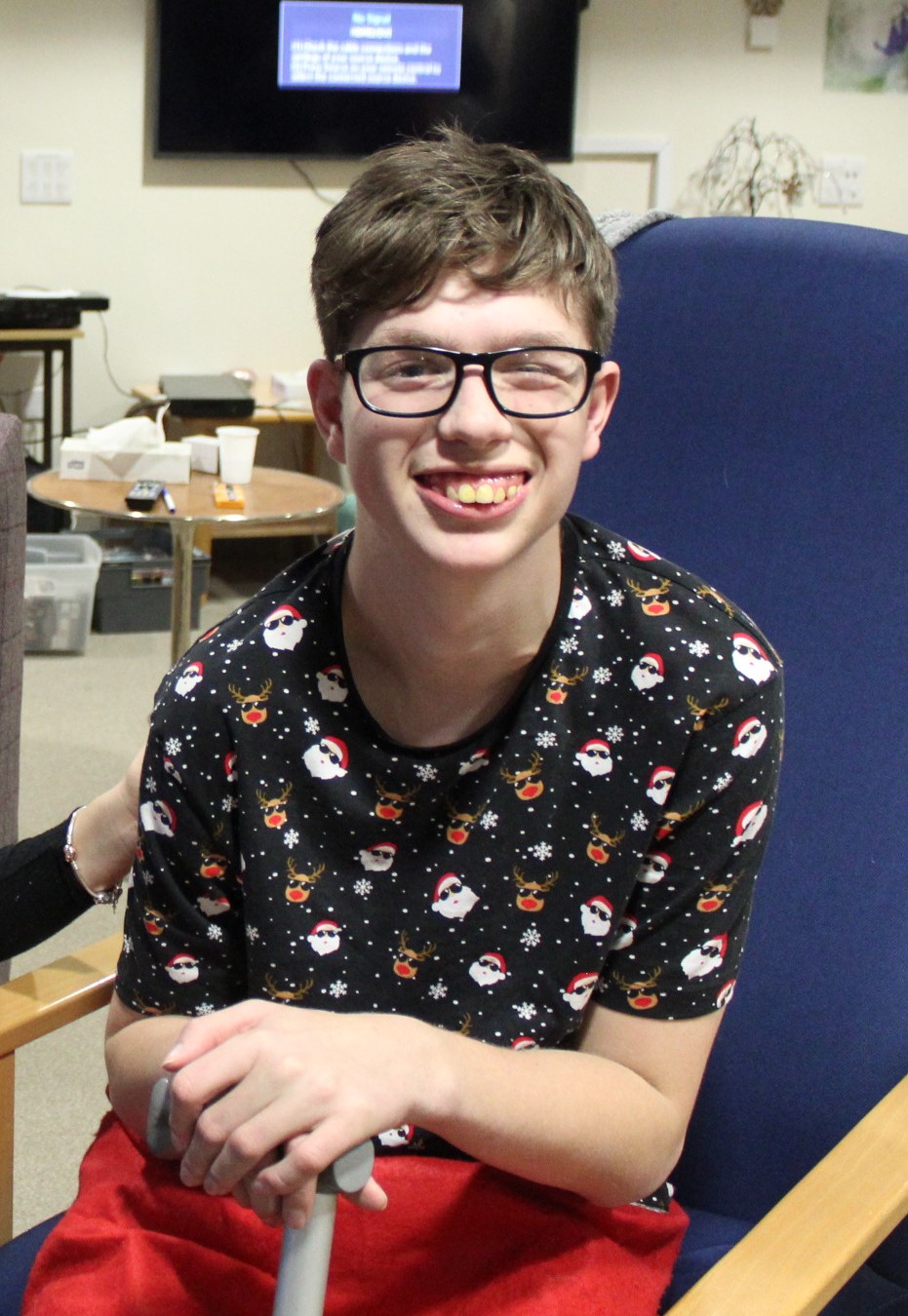 (Pictured above) George at Zest

The impact upon George’s quality of life has been considerable, with his undiagnosed conditions limiting his ability to do things many others his age take for granted due to the fact he requires 24/7 care and medication.

However, while attending East Anglia’s Children’s Hospice (EACH) the Docker family learnt of Zest and the steps St Elizabeth Hospice was making to aid the transition from children’s hospice to adult hospice care.

Andrea said: “George absolutely loves Zest, whether that is respite care, attending X-Change to see his friends or sports club, he enjoys it so much and it gives him some independence.

“Zest has changed his life, while it has also enabled me to build up a good relationship with other parents which has seen us create our own support group for each other.

“I don’t know how I would cope without respite. George is happy coming here and it gives me a good couple of days to recharge my batteries, have time on my own and spend time with my other children.

“He is a happy, funny and caring young man and there is never a quiet moment with George and all the Zest team recognise this and enable him to be himself. They are all absolutely amazing and are always there for us, especially Catherine Markham. She has been the most remarkable person in helping us as we moved from child to adult hospice care and we would be totally lost without her and George totally trusts and loves her.

Watch this video below of George, expressing his love for Zest.

Below that, is a video from Andrea - George's mum - on how Zest has supported her and her son.

These videos were created to support the Ed Sheeran: Made in Suffolk Legacy Auction which raised over £500,000 for Zest and GeeWizz in November 2020, during the COVID-19 pandemic:

"Without its support many families, like ours, would lose a vital service that makes such a difference to our daily lives"

Click the picture below to read Jake's experience of Zest 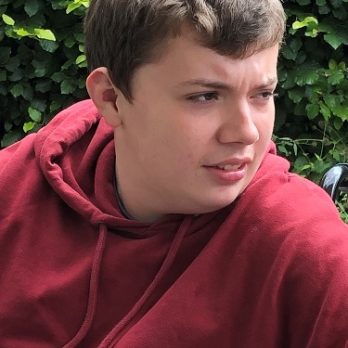 "Zest has helped me gain my independence and increase my confidence"

Read Bethany's experience of Zest below 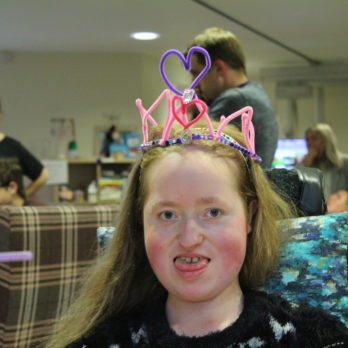 back to Zest homepage