Mark Gibbons will be climbing Mount Kilimanjaro to raise funds for St Elizabeth Hospice, where his mother Shirley was so cared for during the last weeks of her life. 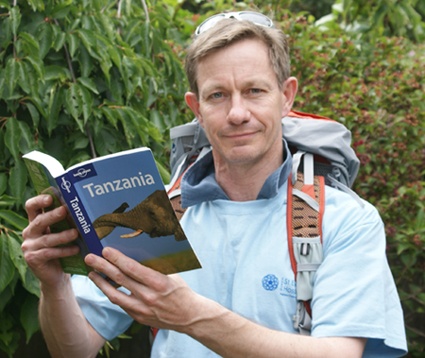 Mr Gibbons 48, of Ipswich, made the decision to undertake the challenge during this time.

He will fly out in October this year and will be descending the mountain on the first anniversary of his mother’s death which will make the event even more poignant.

He said: “I had always hoped to take on a challenge like this but until now I felt I did not have a good enough reason to do it. Following a year filled with personal tragedy, I felt that this is the time to do something positive while remembering my mother’s life and the positive contributions she made throughout her life.

“The people at the hospice do a wonderful job and this gives me the opportunity to give something back. I believe it is a wonderful charity to raise money for.”

Mark is reasonably fit, a competent skier and used to mountain treks but it is the added factor of the altitude at 5895 metres on the top of Africa’s highest mountain which will be the biggest hurdle for him to overcome.

Mrs Gibbons was told she had advanced stage cancer in January 2009 and it spread over the summer. She died in the hospice’s in-patient unit in October 2009. Shirley did not complain once during this time and Mark is hoping to show some of his mother’s resolve and character whilst achieving his goal.

Mr Gibbons said: “The hospice was the next best thing to being at home. The great attentiveness of all the staff, linked to the lovely informality which enabled her beloved dog to visit was a great succour. Her dogs were always a big part of her life and of great comfort to mum during this difficult time. Family members were also always made to feel most welcome and the staff showed great empathy and sympathy toward patients and family alike.

He added: “My mother was an energetic, enthusiastic and a very caring person. She would be so pleased that I am climbing Mount Kiliminjaro but more pleased that I am going to raise money for the hospice to help others receive the same level of care.”