The story of Jason Vine and his family.

Thirty-eight-year old mother-of-two Sam Vine was cared for at St Elizabeth Hospice’s Inpatient Unit in Ipswich for just one day.

It was that one day which made all the difference to Sam and her family.

The Hospice is where she wanted to be at the end of her life, and this still gives her husband Jason, 39, and their two young children Eloise, 11, and Bradley, 9, great comfort.

“Even though Sam was only at the Inpatient Unit for just one day we felt it was the best day she could get.” 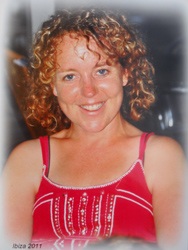 For more than five years Sam had lived with cancer. In 2008 she found a lump in her breast, six months later she was still concerned, and after going private to get a quick result, was diagnosed with breast cancer.

She had a mastectomy two weeks later at Ipswich Hospital. Rounds of chemotherapy and radiotherapy followed and Sam always took things in her stride. But there were complications with the partial reconstruction and she had to have another operation.

At the end of the year she was in remission, confident she had beaten cancer. For three years, life was relatively normal, with regular check-ups showing no change.

Then she developed a pain in her chest and was given an X-ray. Doctors had found three hotspots in her chest bone. She had secondary cancer in her bones. Sam and the family were reeling from the news.

“’I’m a goner,’ was Sam’s reaction. “But she just got on with it because of the children, she had to. We always had hope.”

As the cancer was thought to be oestrogen-related, Sam had an operation to remove her ovaries, and a biopsy showed pre-cancerous cells. Not long afterwards the cancer had spread to Sam’s spine. She was now in a lot of pain yet the medication barely helped.

The following year, 2012, there were abnormalities on her liver and the cancer had spread to her hip.

“The doctors didn’t give a prognosis and we never asked, we just didn’t want to know,” recalled Jason.

In the autumn, Sam developed severe breathing difficulties and was back at Ipswich Hospital where a chest X-ray revealed a large shadow behind her left lung, and a build-up of fluid in her heart sac. She also had complications with the inflatable PowerPort device in her chest and underwent several painful operations to correct it, as well as treatment for a lung infection. She had more chemotherapy for the cancer in her lung.

“Sam was getting very down by this point, she had no energy, she was exhausted. She got out of breath just walking to the kitchen and was in a lot of pain. I was lucky to be working early morning shifts so Sam would get the kids ready for school and then wait for me to get back at lunchtime. Her mum Brenda, dad Chris, sister Emma, brother-in-law Kelvin and my mum Shirley were a great help too.”

In January 2013, they were told the lung cancer had spread. The doctor said there were different types of chemotherapy she could try and she started another round of treatment. The children would help Sam and look after her. They told them enough for them to know what was happening to her.

“One morning she was getting them ready for school when she ran out of energy. Eloise and Bradley put their mum into Eloise’s bed and propped her up with pillows, then they got picked up to be taken to school.”

That month, Sam was at a hospital appointment which Jason was unable to attend. She took the opportunity to ask the doctor how long she had to live. “How long do you think?” she asked Sam. “About a year?” Sam replied. “Yes,” the doctor agreed.

“From then on Sam just wanted to get the year out of the way. She was determined to think beyond it and be here for her 40th birthday in November 2014. It gave her something to focus on.

“Unfortunately she went downhill from there.”

Sam had by now been referred to St Elizabeth Hospice. She had no worries about the Hospice having visited it before and been impressed with the way staff had cared for her good friend Kirsty who died of cancer six years previously, aged 28.

Following a holistic assessment, which looked at her physical, psychosocial, emotional and spiritual needs, she received complementary therapy which helped.

Sam later received support and practical advice from the Hospice’s Community Nursing Team, from a Clinical Nurse Specialist and Hospice at Home. Jason and the children were offered Family Support.

“It was amazing how they brought Sam’s pain under control. There was such a big difference between the hospital and the Hospice. The staff and volunteers were brilliant. I could not fault anything. They had time to speak to you; you were treated as a person, not an object. Sam really felt she was benefiting,” said Jason.

In April 2013, Sam developed breathing difficulties and her condition worsened. She was admitted to the Hospice Inpatient Unit in Ipswich and was settled in one of the large family rooms. Her children, Jason, friends and relatives visited and there was plenty of space for them all. The nurses explained they were welcome any time and their pet dog Oscar could also visit.

Dr Kelvin Bengtson came to the room and kept Sam and her family informed. Jason stayed the night in the sofa bed next to Sam. She stayed awake all night, confused and exhausted. She desperately needed to sleep but her breathing difficulties prevented her from dropping off.

“The nurses regularly came into check on her and made sure I was all right too.”

“Sam got worse throughout the night, I stayed up next to her. Then she flopped right down into the big red chair in the room as she felt more comfortable. At 8am one of the nurses explained Sam was very ill. A few minutes later Dr Bengtson told me her lungs were not doing well and that Sam was going to die today.

“I made phone calls and got the kids here. Family and friends came too, and the children’s counsellor who asked if I wanted her to tell them what was going on. I said I had to tell Eloise and Bradley what was happening, it had to come from me.

“I took them into a side room and sat them down and said ‘Mummy’s going to die today,’ it was one of the hardest things I had to do but it could not have come from anyone else.”

“We managed to get Sam to sit up in bed with the children either side of her and she was able to put her arms around them. She was trying to speak to me but couldn’t. But I was able to say what I wanted to say.”

The counsellor asked Sam if she was worried about the children being in the room and she nodded. She agreed to trust Jason to do what was best and he asked Bradley and Eloise if they wanted to stay. They did.

At 10.45am Bradley wanted to get some fresh air and Jason was leading him out of the room when Sam stirred. She called Jason over, pulled off her mask, looked at her husband and said “Can I go?”

“Sam wanted to be at the Hospice that day, it was her choice and it made all the difference to her and us. She passed away with dignity, with everyone she wanted around her.”

“Hospices are not places just where old people go to die, you go there to get help. Yes, Sam did die but she got so much support and help.

“Even though Sam was only in the Inpatient Unit for just one day, we felt it was the best day she could get.”

Donations to the Hospice were received at Sam’s funeral and within weeks friends and familytook part in the Midnight Walk 2012 in Sam’s memory, raising over £1,000. Bradley and Eloise wanted to organise a cake sale and that also raised over £1,000 and attracted local media attention. Sam’s choir at All Hallows Church also held a cake sale in aid of the Hospice.

Soon afterwards Jason set up a St Elizabeth Tribute Fund in Sam’s name and the total grew to over £5,000.

“It meant all the money we raised could be put in Sam’s name and friends and family could see how much had been donated and support the fund in their own way if they wanted to. We are pleased with how much was raised in such a short period of time. It gives us comfort to have the focus of the Tribute Fund and we will add to it as time goes on. The kids want to do another cake sale and we might do a sponsored bike ride.”

Jason is trying to remain as strong as possible and adjusting to life without Sam. His employers at Ipswich Buses Ltd, where he is a traffic supervisor have been supportive and he juggles childcare with the help of friends and family.

However he is not looking forward to Christmas, the family’s first without Sam. The couple, who were childhood sweethearts and married for almost 15 years, would always go Christmas shopping together, enjoying a day at Lakeside and choosing the kids’ presents.
They would put the Christmas tree up together and Sam would decorate it.

“It’s going to be hard this year. It will all feel so strange. I don’t know yet if I will be able to put the Christmas tree up.”

“We used to spend Christmas Day at home just the four of us, then have family round on Boxing Day. I don’t want to face it but I want the kids to be able to enjoy it.

“Sam was a happy person, always happy and smiling. She was a totally loving, caring mother and would do anything for the children. They have their moments when they just stop playing and say they are missing her. I have bad days, we won’t forget Sam but I have to get on with it for the children.”

If you have a story you would like to share about the care you, a friend or family member has received at St Elizabeth Hospice, please contact us at enquiries@stelizabethhospice.org.uk