This Saturday, 11 May, is the return of our annual Midnight Walk in Ipswich, which is now in its 13th year. Our annual flagship fundraising event, last year over 2,000 local people took part in the Midnight Walk raising over £200,000 – a record-breaking amount!

Preparations at Trinity Park, where the walk starts and finishes, are well underway to welcome thousands of hospice supporters on Saturday night who will be sporting neon and 80s themed outfits to mark our 30th anniversary this year.

Tickets are £15 and can be bought on the night of the event from 8pm. Online registration is now closed. T-shirts can be collected on the night and where t-shirts have come up small, we will do our best to swap them on the night

At Trinity Park there will be lots of face painters and merchandise available in the cattle shed to help get everyone ready for the night. There will also be a photo booth and a dedicated area to make personalised tags to be hung on the memory tree at the hospice at mile 2 of the walk, for those walkers walking in memory of a loved one. There will also be plenty of refreshment stalls, at Trinity Park and at the Hospice, so make sure you have some cash on you so you don’t miss out on tasty snacks or that much-needed coffee!

Entertainment starts at 9pm from Just Jay Dance and Anytime Fitness, compered by Paul Morris and Aidan Standish from Ipswich 102 and Jeremy Durrant, who will get the walkers fired up before the walk kicks off at 10pm.

Routes
There is a choice of a six mile or ten mile walking route, with both routes heading straight to the hospice on Foxhall Road from Trinity Park via Murrills Road, Felixstowe Road, Bixley Road and Foxhall Road.

After a short break at the hospice to top up on energy and after paying a visit to the memory tree, the six mile walkers will continue down Heath Lane, on to Heath Road, left on to Spring Road and then left on Britannia Road (wrapping around the hospice) the back to Trinity Park via Foxhall Road, Chilton Road, Princethorpe Road, Bixley Road, Felixstowe Road and Murrils Road.

The 10 mile route will branch off from the six mile route at Britannia road, heading into town along Spring Road to St Helens Street, Star lane and Bridge Street, along the water front – where there will be a rest stop at the ABP Customs House – before the walkers make their way back to Trinity Park along Pownall Road, Cliff Lane, Hatfield Road, Felixstowe Road and Murrills Road back to Trinity Park.

Since 1989, when the hospice first opened its doors, we have helped to care for more than 30,000 local people and their families, offering our services free of charge. The hospice needs over £10 million a year to run and relies on donations for most of this income.

Someone who has experienced the hospice’s support first hand – and participated in the Midnight Walk before – is Wendy Goddard, mother of Zoe Goddard, who sadly passed away at the hospice in 2016, aged just 27 from cervical cancer.

This year Zoe would have been 30. To mark this anniversary Wendy has set herself the target of raising £30,000 for the hospice and has inspired 30 of her close friends and family to take part in the Midnight Walk in memory of Zoe. 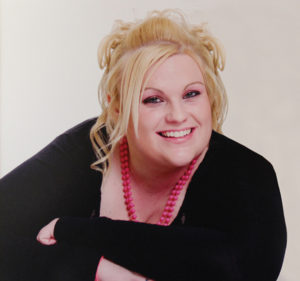 Wendy Goddard said: “The fact that Zoe would have been 30 this year has really been on my mind so I wanted to do as much as possible to mark this occasion and carry on the fundraising for the hospice that Zoe started before she died. The hospice did so much for Zoe in her last few months; all of the staff are absolute angels and also did so much to support me, so that I could focus on just being Zoe’s mum at the end and not her carer. I will be eternally grateful to St Elizabeth Hospice and everything they did for us so getting a big group together for the Midnight Walk was really the least I could do. We will all be wearing purple sashes for Zoe, so our group should be easy to spot on the night!”

Becky Jedrzejewski, events fundraiser for St Elizabeth Hospice, said: “The Midnight Walk means a lot to the hospice as it’s our key fundraising event and even more to the thousands of people who walk on the night in memory of their loved ones. Preparations are in full flow for Saturday and we’re optimistic for another incredible turnout this year, which means we will raise vital funds for the hospice. Huge thanks to all of the volunteers and suppliers who help to make the event possible, especially our hosts, Trinity Park, our Event Sponsor, Bluebell Mortgages, and to our Route Sponsor, David Button Independent Funeral Directors.”

“If you will be in Ipswich on Saturday night, either driving, or on foot, please keep an eye out for a sea of pink t-shirts around the town between 10pm – and 1am and cheer on any walkers you see! They are all supporting an amazing cause.” 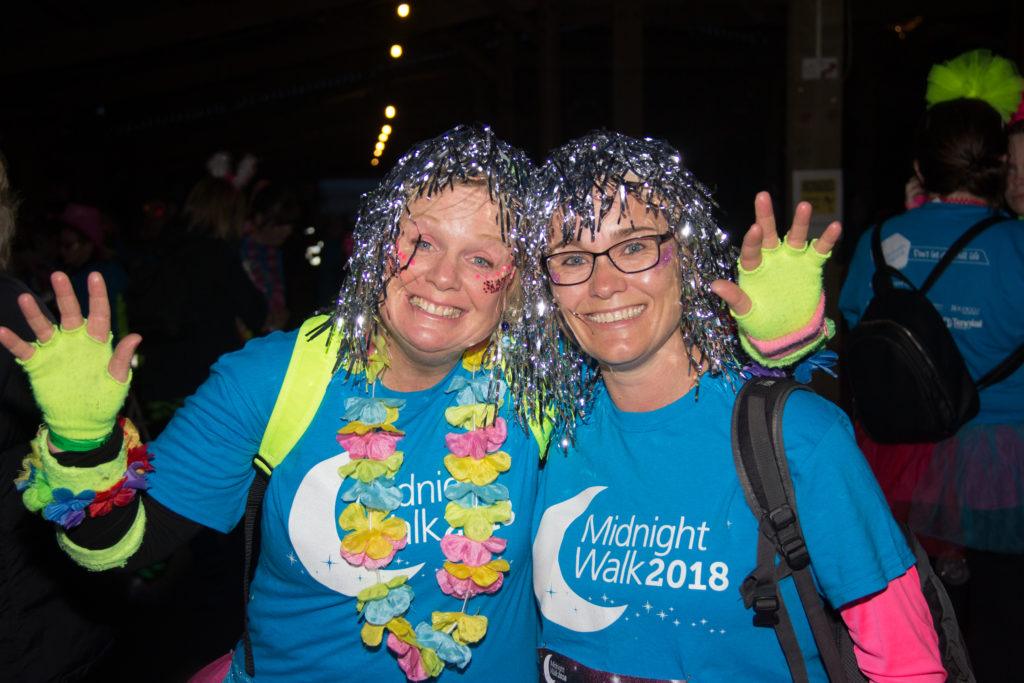