“I always wanted to be a nurse, but didn’t start my training until I was 44 and I haven’t looked back since,” Martin explains.

“My whole career, from working in insurance and in shipping, has led me to the job I absolutely love. As part of my nurse’s training I gained experience working in local care homes and Ipswich Hospital, but the hospice grabbed from the moment I set foot inside the building.

“Initially, I had been a little scared of what a hospice would be but when I visited St Elizabeth Hospice I was amazed at the care the staff gave and how warm it was. From that moment on, I was determined I would work for St Elizabeth Hospice as it is where I felt I belonged and more than a decade on, I am still here!” 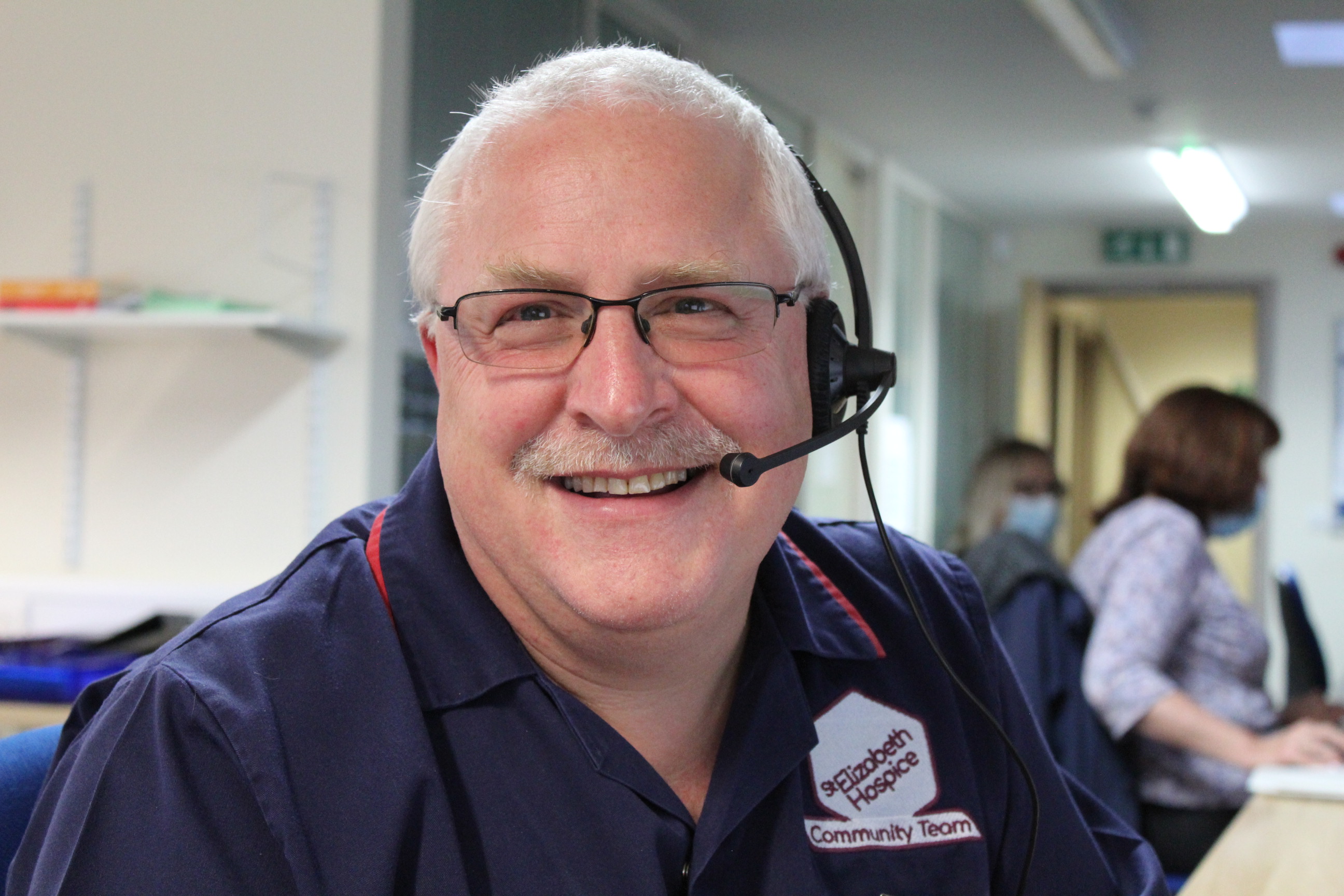 Living in Ipswich with his wife Paula, who has worked as a nurse for more than 20 years at Ipswich Hospital, Martin was drawn to the hospice by the sense of family and happy atmosphere he found when he first visited.

“There is such a strong feeling of camaraderie among the staff. We all become like extended family to each other, dealing with emotional situations but dealing with them together and sometimes a hug from a colleague can mean more than anything else in the world,” says Martin.

“While when you go on the ward there is so much laughter. Patients and families make this atmosphere possible and I have had the pleasure of caring for some cheeky and funny characters during my time at the hospice.

“Being part of a team which supports people and their families during very difficult times in their lives and helps them to die with dignity, while surrounded by love and compassion, is very important to me and something which motivates me every day.”

Outside of work, Martin is a keen football fan with a passion for wildlife and fishing, while he also enjoys exploring the countryside with Paula on caravan holidays and spending time with his two children and five-year-old grandson. 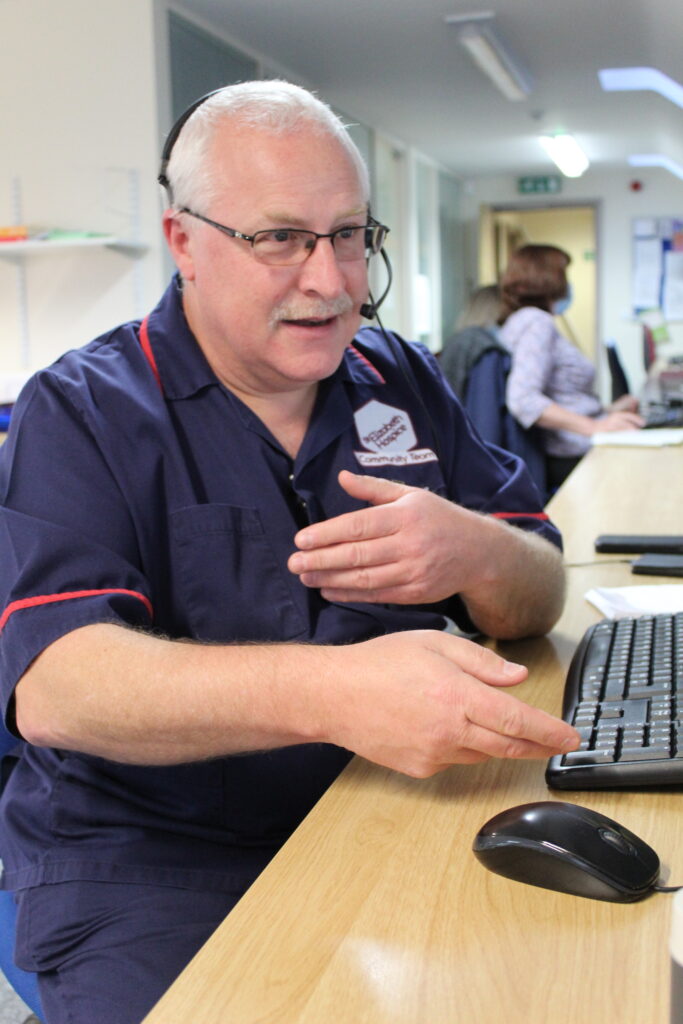 As part of his role, Martin often visits patients in the community to provide care, as well as working for the hospice’s service 24-hour advice phone line, OneCall, which sees him offer advice and guidance to patients and families concerning all elements of end-of-life care. While Martin and his OneCall team also co-ordinate care and support community nurses, hospice staff, doctors and other healthcare professionals with specialist palliative care guidance in the community.

He said: “Through OneCall we work alongside many healthcare providers to deliver vital support in our local communities. This collaboration has always been strong but especially during Covid-19 when the need to work as part as a bigger team was more important than ever before, in order to continue to caring for those who needed our support.

“It is a privilege to work for this service. OneCall embodies the spirit of the hospice as its door is always open and staff are on hand to help in any way they can.

“Through my role with OneCall and visiting patients in the community, I am so proud to be a part of team that delivers care to people during difficult times in their lives. Joining the hospice is the best thing that has ever happened to me and I can’t imagine working anywhere else, it’s a very special place to be and to work.”

Hear from our other hospice nurses...

Learn what their work means to them and the patients and families they care for...

Back to Sponsor a Nurse homepage